It was in Genesis 3 when Satan first planted the seed of racism and that demonic fruit hasn’t stopped being produced since. Let’s think about this. God created man in His image and He made them male and female.

God created one race and gave them full authority to rule. And that one race is the human race, a race that is made in the image of God. Their authority and worth did not come from the color of their skin, family upbringing, or social status. Their worth was based on who created them. Think about how powerful that is. The Creator of all things made one race to carry His image.

The Seed Is Planted.

And just like that, the seed is planted. Just like any other seed, if it’s planted and watered it will produce fruit. Satan has planted, watered, and carefully tended to the seed of racism that he planted years ago, and he has been enjoying the demonic fruit of racism ever since.

If you do not believe racism is alive and well then you must be living under a rock. It is demonic to see racism manifest itself in privilege and injustice, and then pretend it doesn’t exist. To be shocked that it’s around you is ignorant.

Think about how demonically disgusting racism is. The enemy has allowed some to believe that value comes from the color of one’s skin, not the image of God that they bear. Satan has people believing that they are inferior or superior based on the color of their skin. Does that sound like the heart of God? No, it’s the plan of Satan.

Satan has given racism many names to hide behind so we will not expose it and deal with it. He has embedded racism in categories of our world so that we can’t see it. He will call it politics, cultural differences, style differences, and the list goes on. And he is succeeding in continuing to distort humanity’s relationship with God and each other.

But can we all expose Satan together? Let’s call him out! Satan wants image bearers to fight against one another. He wants one skin tone that carries the image of God to hate another skin tone carrying that same image.

What can we do?

How can we be sure Satan is not continuing to use humanity to water the seed of racism? Let me first say this, I fully understand that one article is not going to solve this deep demonic issue, but I do believe every person has a role to play and we need to continue exposing Satan and racism. So, here are three basic things I believe we should be doing as Christians.

There are times in my marriage when my wife will share that she is not feeling loved. I am often dumbfounded and ready to defend myself before she is ever done expressing herself. Why do I do that? Well, because I don’t want what she is saying to be true. I don’t see it. However, just because I don’t see it (or want to see it) doesn’t mean it’s not true. Defending myself does not fix the problem. I can defend all I want but her reality is still there. The problem isn’t fixed in our marriage until I listen and respond.

Not being able to understand someone else’s experiences shouldn’t give the right to negate their reality. Experiences mold our reality. Have you taken the time to listen? If not, I would encourage you to do, and be ready, you may not like what you hear. But it’s time to listen!

“You shouldn’t have to be Christian to mourn over racism. All you have to do is be human.”

Mourn. Romans 12:15 says to rejoice with those who rejoice; mourn with those who mourn. This is a time for mourning. You shouldn’t have to be Christian to mourn over racism. All you have to do is be human.

If you have taken time to stop and listen to how racism is impacting lives then it should cause your heart to mourn greatly. It should bother us as people of God that privilege and superiority exists. Don’t defend it. Don’t get offended by hearing it. Mourn over it. Mourn over the evilness that is penetrating the country, the city, and even worse, the churches. Racism is alive and well and the scary thing is that it may live in you!

Speak. Many people, Christians included, do not speak because they are so afraid to offend people. People are afraid to lose friends, church members, and social media followers. Sad, but true. They stay quiet because they don’t want to be offensive. The greatest offense is staying silent while sin runs rampant. God has given us biblical authority to do what is right. As James 4:17 says, “So it is sin to know the good and yet not do it.” Speak in truth and in love! 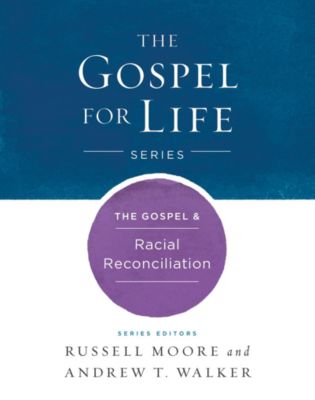 In the kingdom of God, it is not us against them. The problem of racism stretches back as far humanity’s origin in the book of Genesis. Brother pitted against brother, tribe against tribe––people have warred against one another, fueled by contempt for racial differences. Yet the gospel is a message of reconciliation. The kingdom of God is us reconciled to one another.