In this video, Director of Lifeway Worship, Mike Harland, critiques what he believes to be the most overrated and underrated Christmas carols that we sing each holiday season.

When I think about Christmas carols and think about what might be an overrated Christmas carol, there’s one that does come to mind. I think of this one. And I don’t want to attack anyone’s favorite carol here, but the one that comes to mind first is “We Three Kings of Orient Are”.

I’ll tell you why. Well, first of all, who knows how many kings there were? Some people have said there might have been a hundred or a hundred and twenty of them. They traditionally have been thought of as three, just because there were three gifts that the Bible mentions.

And the Orient – just, that kind of puts it in a region that’s sorta true, but when we think of the word “orient” that may of may not even be accurate to the song.

Then the refrain perhaps is the most interesting part of all. We actually sing to the star! We never do sing to the Savior. So it’s a great song. It’s pretty. But, from a content standpoint, maybe a little overrated.

Now when you think about an underrated Christmas carol, boy, that’s hard to identify one of those because we love them so much. It’s hard to find one that you would say is underrated. But there is a part of one I think that get overlooked.

It happens to be my favorite carol: “The First Noel”. The third verse of “The First Noel” has a powerful statement about the gospel. It says, “And with His own blood, mankind has bought”. I think we underrate a carol that goes all the way from the manger to the cross, which is what “The First Noel” does. And every time I sing that refrain, I celebrate again a Savior, who not only came to a manger, but went to a cross. And one day will come again. 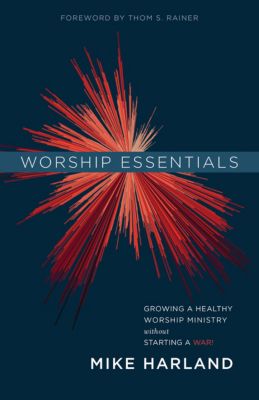 The well-known quote associated with Mark Twain actually goes like this—Everybody talks about the weather … But changing it to “worship” seems appropriate. With Worship Essentials, Dove Award-winning worship leader Mike Harland helps leaders do something about it.

Mike is the Director of Worship at Lifeway Christian Resources, a position that enables him to speak, teach, and lead at worship conferences and events nationwide. Prior to joining the Lifeway staff, he served as worship leader and associate pastor of First Baptist Church in Carrollton, Texas. An accomplished musician and songwriter, Mike has had numerous original songs published throughout his career. He and his wife, Teresa, reside in Franklin, Tennessee, with their children Lee, Elizabeth, and John.