The ancient Mesoamerica nations celebrated girls in the tribe’s rites of passage communally. The girls would be presented to the community, by their families, as not only those who were transitioning to adulthood but also candidates for marriage.

When Spain conquered and colonized much of Mesoamerica, they synchronized many of the indigenous customs with Roman Catholicism. One such merger was the rites of passage ceremony for girls who turned 15 years old that would become known as, “The Fiesta de Quince Años,” which literally translates “party of fifteen years.”

Growing up in a Mexican-American family, I quickly learned the Roman Catholic expression of faith and our family’s ethnicity were woven together. To a point, it seemed the two were inseparable. Attending christenings (infant baptisms), First Communions, and Quinceañeras were the norm.

Although I attended these events, since my family and I were Protestant, we always felt like we were on the outside looking in during the ceremonies. Full disclosure, often we would skip the mass portion and meet up with our family at the reception which took place afterward. During the mass, the Quinceañera (the 15-year-old girl) would take Holy Communion (since she was in a state of grace according to the Church), make an act of consecration to the Virgin Mary, and give the Virgin Mary a gift of flowers while kneeling on a beautifully decorated pillow.

Such practices, although beautiful and symbolic, did not sit well with my mother, who was raised Roman Catholic and remained affiliated until she made a profession of faith at a Billy Graham Crusade in 1978. Often, my mom would explain to me how the rituals, although deeply rooted in our culture, were not in harmony with Scripture.

“‘If we are not Roman Catholic,’ they thought, ‘we shouldn’t participate.'”

My wife Elicia, who is Mexican-American and was raised Protestant as well, was not given a Quinceañera because her family, like my immediate family, assumed the Roman Catholic Church had a monopoly on such celebrations. “If we are not Roman Catholic,” they thought, “we shouldn’t participate.”

Over the course of time, as I began to grow my walk with Christ, my passion for missiology (the discipline and study of missions) began to deepen as well. I started to have conversations with Elicia about redeeming the beauty in the Fiesta de Quince Años by filtering through the gospel and giving both of our daughters one. Those conversations turned into times of prayer and planning. On April 20, 2019, we provided our daughter Izabelle a Quinceañera.

We opened up with an Elder in Training at our church, Ivan Gallegos, giving a historical framework for the Quinceañera celebration. Then after this, I led us in prayer, expressing my thanks to God the Father for allowing us the opportunity to present our daughter before her church family and relatives as a follower of Jesus. We wanted people to know, from the beginning, that the reason for this ceremony was to publicly share our blessing for Izabelle to pursue baptism and, afterward, to weekly have the opportunity to take part in the Lord’s Supper.

As a pastor, I’m often asked, “How old should my child, who has made a profession of faith, be when they are baptized?” I tell them how it’s the parent’s responsibility to assess the fruits of repentance in their child and, when they sense their faith is genuine, they can bring church leadership into the dialogue and determine next steps together.

In April 2018, Elicia shared the gospel with Izabelle privately in our home. Izabelle was deeply convicted and asked Elicia to lead her in making a profession of faith in Christ. Elicia and I have taken a year to assess Izabelle’s life rhythms, response to her own sinfulness, and spiritual transformation. As with any teenager, she is following Jesus at her own pace. Elicia and I have realized she shows fruits of repentance often, just not as quickly as we would like. This reality causes me to think about how God desires me to humble myself more quickly than I often do. So as grace is given to me, it is also given to our Izabelle. After the prayer I informed the crowd of Izabelle’s profession of faith, I shared briefly on how Holy Week provides Izabelle daily reminders of the treasures of Christ’s work that was done on behalf of His church. I then affirmed Izabelle as being part of Jesus’ church both on the global and local level. I informed her that she is a gift sent by Jesus to her local church (Ephesians 4:7-8).

Then I invited both church family and relatives to present her with meaningful gifts such as:

After each gift was presented, a woman who has made emotional, mental, and physical investments into Izabelle’s life read Scripture over her. This was to symbolize Izabelle was entering into womanhood while being guided by other women of faith.

Izabelle gave a meaningful speech expressing her thanks for everyone attending. After this, the boys and girls of her court (the Damas and Chambelans) were introduced by Ivan and presented Izabelle with a rose. They then were gathered together to represent their generation (Generation Z), to stand in the gap to receive a prayer for God’s Spirit to pour on their generation and the Aaronic Blessing read over them in both English and Spanish.  The feedback we received from Roman Catholics, Protestants, and the unaffiliated that evening was deeply encouraging. Each of them expressed the beauty of seeing Izabelle make a public profession of her faith and they were impressed by how much Jesus Christ was the object of focus. Our prayers were answered, Jesus was lifted up, seeds of the gospel were sown, and the Quinceañera celebration, which is a staple in our culture, was redeemed for God’s glory. 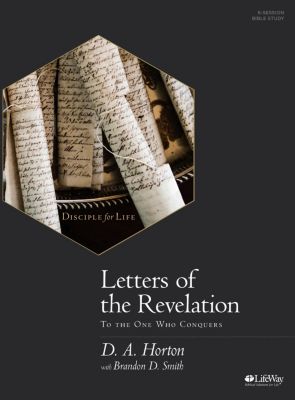