We find ourselves in the midst of a crisis that mimics the stature of Armageddon. I leave my house in Guatemala and everyone is distant, no eye contact, masks in place, shuffling along as quickly as possible as if the very air we breathe could be poisoned. In the midst of this kind of crisis, many might tend toward a mentality of “don’t be so apocalyptic, keep your mind on what really is true and matters.” However, unbeknownst to them, what really is “true and matters” is the very essence of being apocalyptic.

This idea has been driven into my head by Eugene Peterson. In his book, The Contemplative Pastor, Peterson argues that apocalypse, in its simplest definition merely means revelation. He continues commenting that the responsibility of church leaders is to point the congregation not to the realities that they see around them, but rather to what has been revealed.

That which has been revealed by God is the true reality. This is what John was doing when he wrote Revelation to persecuted Christians thousands of years ago. John was reminding them that their tragic circumstances do not dictate the truth; God will be victorious because Christ rose from the grave.

Peterson states, “Under the crisis of persecution and under the urgency of an imminent end, reality is revealed suddenly for what it is. We had supposed our lives were so utterly ordinary. Sin-habits dull our free faith into stodgy moralism and respectable boredom; then crisis rips the veneer of cliché off everyday routines and reveals the side-by-side splendors and terrors of heaven and hell.”[1]

“To be apocalyptic, ultimately, is to be ruggedly biblical.”

I think many are experiencing something similar right now. The truth of the matter is that those who are in Christ daily must wrestle the temptation of allowing circumstances to dictate truth and not that which has been revealed.

If we only pay attention to what is visible, this crisis is worthy of our fear. If we pay attention to that which has been revealed, which is apocalyptic, we are reminded that Christ has resurrected, and death and sickness will be destroyed. In that sense, the greatest hope we can provide the world is embodied by us being apocalyptic—fully committing ourselves to depend upon that which has been revealed.

To be apocalyptic, ultimately, is to be ruggedly biblical. It is to commit ourselves to the truest of truths and order our lives, thoughts, and emotions under what God has revealed as certain. So what does it look like to order our lives around what has been revealed?

Apocalyptic priorities are priorities rooted in what God has revealed.

This crisis, despite its enormous tragedy, has forced many to reckon with their priorities. Unable to gather for worship on Sundays, many have had to pull out their Bibles and read on their own. Many have gathered their families around the dinner table for prayer. Unable to work at the same rhythm, many have reencountered the beauty of investing in friendship and families, or even the possibility for a prayer time that lingers beyond the time allotted.

Without apocalyptic priorities, followers of Jesus can be carried away by the currents of this world and embrace its values and priorities, instead of being a subversive, resurrected people unwilling to bow their knee to Baal.

And yet, for many, this time has not been a refreshing reminder of what really matters; rather it has been an emblem of what they lack. Maybe some are faced with dire loneliness. Others are challenged with fear. Even yet, others are facing the wounds that the sting of death still causes.

That which is revealed reminds us that the world is not as it should be nor as it will be. Being true to what is revealed means that we will weep with our hurting brothers and sisters and a hurting world, crying out to God, “How long, oh Lord?”

And yet, to be apocalyptic does not remain in lament, but ultimately blossoms into hope. What seems to be the end is actually not the end. Spring will come, and the seeds of resurrection will sprout. Christ will return and put things right, wiping away every tear and destroying sickness and death forever.

Ultimately, to be apocalyptic is to face crisis faithfully standing on God’s Word, rooting all of our priorities, our pain, and our hurt in the gospel message, knowing that Christ has conquered and will come again. 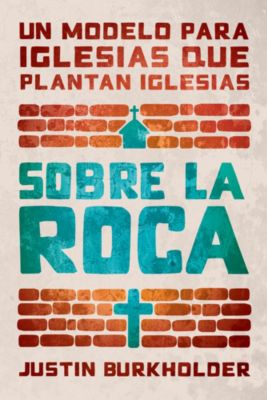 Justin Burkholder is husband to Jenny and father to Isabella and Olivia. He is one of the pastors at Iglesia Reforma, in Guatemala City, and serves as the coordinator for church planting for TEAM (The Evangelical Alliance Mission). He is the author of Sobre la Roca. You can follow him on Twitter @jlburkholder, and, if you read Spanish, follow his blog justinburkholder.org.