A well thought out and reasonable argument can change people’s minds, right? Maybe not. In this video from ETCH Family Ministry Conference in 2016, President of the Ethics & Religious Liberty Commission, Russell Moore explains how people are prone to form their ideas more based on intuitions than intellect. When Paul comes into Athens, to the intellectual hub of the Mediterranean world, one of the first things that we see here is the reaction that the apostle Paul has. He is provoked and grieved by the idols around him. Now, notice Paul does not take the provocation that he feels within him and use this as an opportunity to vent his outrage at the idolators on the outside. Nor though does Paul simply become accustomed to all of this idolatry. “Well of course there are statues and of course there are temples. This is Athens. This is the place where there’s going to be all of these things.” Paul is grieved within his spirit at the presence of idolatry.

In the exact same way that he will write to the church at Rome, the spirit prompts us to groan when we see the wreckage of the creation around us. And the spirit calls us to cry out, Romans chapter seven, for deliverance when we see the sin and the remaining rebellion within us.

And that is precisely your challenge in children’s ministry or youth ministry or family ministry. It is not simply giving to people a list of things to believe or a list of things to do or a list of ways of evaluating contrary viewpoints. It is instead to disciple people so that they follow Christ and, by the presence of the Spirit of Christ, they have intuitions that are immediately able to recognize what is taking place around them.

The way that people change is not primarily by arguments to the intellect.

There’s a really important book by an atheist, unbelieving psychologist that is important I think for every Christian to read. And it’s called The Righteous Mind by Jonathan Haidt. And one of the things that Haidt does in all of these studies is to say, everybody assumes that people make decisions, first and foremost, on the basis of what they think. They think certain things and then that has implications in their lives. He says, that’s actually reversed. People have certain sets of intuitions, things that they don’t think about at all most of the time, and then they find reasons for why they think those things.

That’s one of the reasons why you will notice that in an election year you will never find anybody who changes his or her mind about a candidate or a political party or a set of issues based upon arguments on Facebook.

As a matter of fact, when they have done studies to say, “What do these political postings on Facebook change? Whose mind do they change?” What they found is, they change virtually no one’s mind except in one area and that is to de-friend the person who is posting those things. That’s the only action item that they could ever find actually taking place.

Well, why is that? It’s because we’re not the kind of people who are driven, first and foremost, by sets of arguments. 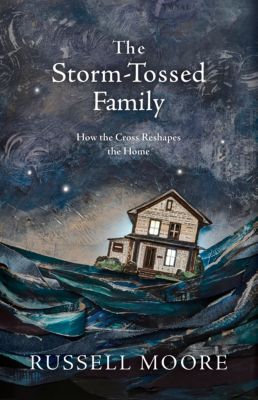 Family can be the source of some of the most transcendent human joy, and family can leave us crumpled up on the side of the road. Family can make us who we are, and family can break our hearts. Why would this social arrangement have that much power, for good or for ill, over us?