In this video from The Gospel of Mark Bible Study, storyteller, Bible teacher, and author, Lisa Harper, uses the story of when Jesus healed the leper to illustrate the amazing compassion and tender heart of Jesus. Learn more about the The Gospel of Mark Bible study here.

This is the story we’re gonna close with. It’s about an encounter Jesus had with another gentleman who was aching for compassion. It’s one of my favorite stories in the whole Gospel of Mark.

And a leper came to Him, imploring Him and kneeling said to Him, “If You will, You can make me clean.” Moved with pity, He stretched out His hand and touched him and said to him, “I will; be clean.” (Mark 1:40-41)

Now that phrase at the beginning of verse 41, “moved with pity” it might read “moved with compassion” in your translations. Some translations say, “He was indignant about the leper’s disease.”

That phrase “moved with pity” or “moved with compassion” or “He was indignant about” comes from one word in the original text in the Greek. The word is splagchnizomai. The root word there is Greek is splagchnon. It’s where we get the English word “spleen” from.

What Mark is trying to explain is that when Jesus saw this man who was afflicted with leprosy, He didn’t feel superficial compassion. He didn’t see him and think something along the lines of, “Wow, that is one nasty case of leprosy. Poor guy needs to get himself a good dermatologist.” That was not the response of Jesus.

Instead our tender Savior was moved from His guts. He had a visceral response to this man’s pain.

Which is especially significant when you consider what it was like to be a leper in the first century. Some of you may know that according to the Mosaic or the Levitical Law, a leper was considered ceremonially unclean. That means they are cut off from well society. According to the Law, the Jewish Law, that they were living under, this man is not allowed to be around well people. He is segregated to a leper colony, forced to live alone. That’s why he’s outside the city gates. He’s not allowed inside the city.

It is forced upon him by Law, incumbent upon him, to dress in rags and to leave his hair unkempt so that if any of us were hard of hearing, the well people during that era, he would be unmistakeable even from a distance based on his dress that he was unclean, that he was an untouchable.

If he got close to well people it was incumbent upon a leper to cry out, “Unclean! Unclean!”, again so that we would hear him, so that we wouldn’t make the mistake of getting close to him and us possibly contracting leprosy ourselves. It’s a highly communicable disease.

So given the fact that this man is physically deformed, he likely had skin hanging off in shreds. He was emanating probably a putrid stench because of the rotten flesh, because he had lost most of his soft tissue. He probably was missing at least part of his nose, part of his ears, part of his lips. Physically disfigured. Socially stigmatized and cut off.

He sees Jesus and said, “Lord, if You wanted to, You could heal me.” And moved with compassion from His core, splagchnizomai, from the guts of Jesus, He said, “Oh I’m willing.”

And then Mark tells us He reached out and He touched the man. And then He healed the man.

Y’all, the chronology in this story, it is just, oh it’s amazing if you really think about that chronology. While that man was still physically diseased, horrible to look at much less hold, Jesus held him and then He healed his physical body. It’s like Jesus was saying, “You matter to Me. I love you exactly the way you are. You don’t have to clean yourself up to come to Me.”

It is this amazing illustration of the compassion of Jesus. 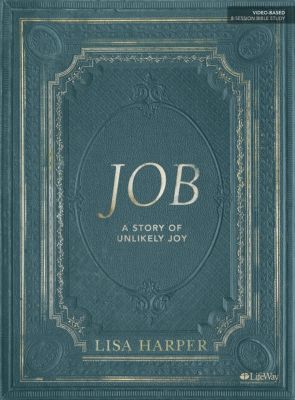