At the Pipeline Church Leadership Conference in 2017, John Piper encouraged leaders and let them know about his favorite verse in all of the Bible.

When all is said and done, we owe every good in our lives to blood-bought grace.

When I use the word “blood-bought”, which is one of my favorite hyphenated adjectives, I mean it and I love it. Because it is built on my favorite verse in the Bible: Romans 8:32. “He who did not spare His own Son, but gave Him up for us all, how shall He not, with Him, freely give us all things?”

That’s my favorite verse in the Bible because it relates everything to Christ crucified. As the One who purchased, blood-bought everything that’s good in my life or that’s bad that God turns for good. Without the cross, nothing, nothing good for us. Only hell. If you didn’t wake up in hell this morning, it was a good day.

And it was that for one reason, He did not spare His own Son. 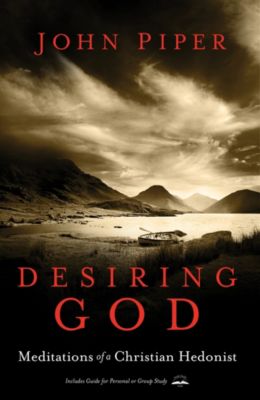 Constantly drawing on Scripture to build his case, Piper shows why pursuing maximum joy is essential to glorifying God. He discusses the implications of this for conversion, worship, love, Scripture, prayer, money, marriage, missions, and suffering.

The founder and teacher of desiringGod.org and chancellor of Bethlehem College & Seminary. For 33 years, he served as pastor at Bethlehem Baptist Church, Minneapolis, Minnesota. He is the author of more than 50 books, and more than 30 years of his preaching and teaching is available free of charge at desiringGod.org. John and his wife, Noël, have four sons, one daughter, and twelve grandchildren.